Well, I think I have officially given up on trying to write about and recap what was an amazing spring. I’ve at least managed to post some of the photos from an incredible birding trip to Honduras and maybe i’ll one day get around to the rest of it! Instead, summer is in full swing and i’m excited to capture some of the highlights of my current adventures, before it all blends together in a blur.

On July 4th, I rolled into the South Hills of Idaho, after a few days in Humboldt-Toiyabe National Forest and the Ruby Mountains of Nevada. The views, birds, and wildflowers of Nevada were spectacular and i’ve grown very fond of the trails through the glacial-carved  Lamoille Canyon.

My decision to pass through southeast Idaho en route to Alberta, Canada was very intentional. The Lodgepole pine forests of the south hills and Albion Mountains of Idaho are home to the range-restricted Cassia Crossbill. Cassia Crossbills were formerly one of the many call types of Red Crossbill, but once recently elevated to species status, giving Idaho its only endemic bird species! Most crossbills are nomadic, but Cassia Crossbills remain in this region year-round, using their thick, crisscrossed bills to manipulate and grab the seeds from within the serotinous cones of Rocky Mountain lodgepole pines.  A key to their success in this habitat is the absence of squirrels from the South Hills and Albion Mountains which favored the development of lodgepole pine cones that need fire and high temperatures to open. Over time, the Cassia Crossbill slowly evolved a thicker bill giving them access to the seeds. This coevolutionary “arms race” has yielded lodgepole cones thicker distal scales, which distinguishes the lodgepole pine cones in the South Hills and Albions from those elsewhere.

I camped at Porcupine Springs Campground, one of the spots in the south hills where Cassia Crossbills have been reported. I set-up camp to the haunting sounds of Hermit Thrush, while Yellow-rumped Warblers in their sharp breedin plumage, Chipping Sparrows, and White-crowned Sparrows busied themselves around me. I wandered through some lodgepole pines with a lush understory of blooming Arrowleaf Balsamroot, columbine, lupine, and the occasional dramatic Showy Green-gentian. My ears strained to hear the unique flight calls of Cassia Crossbills, the best way to distinguish them from Red Crossbills. No such luck, but a fellow camper spotted my binoculars and advised that I venture to the Diamondfield Jack campground first thing in the morning. 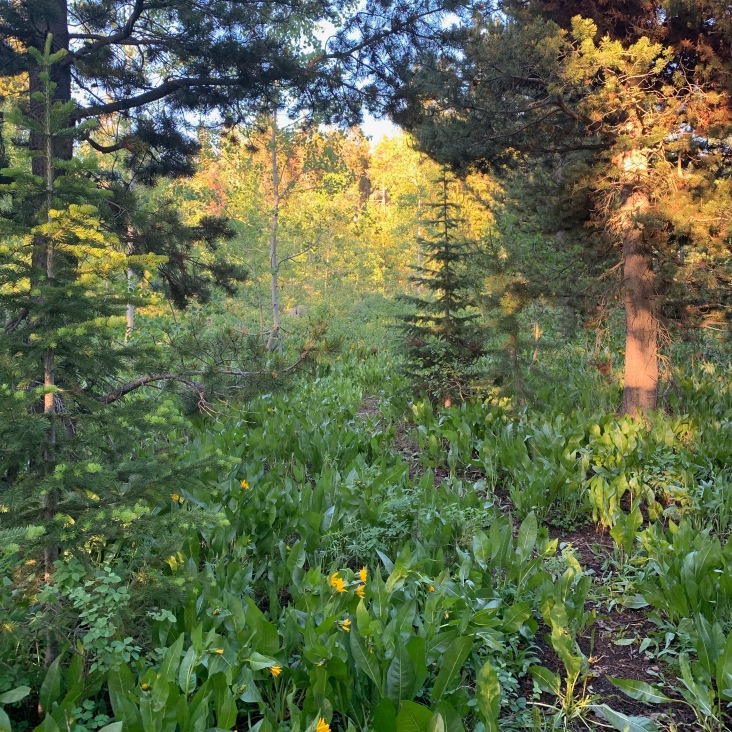 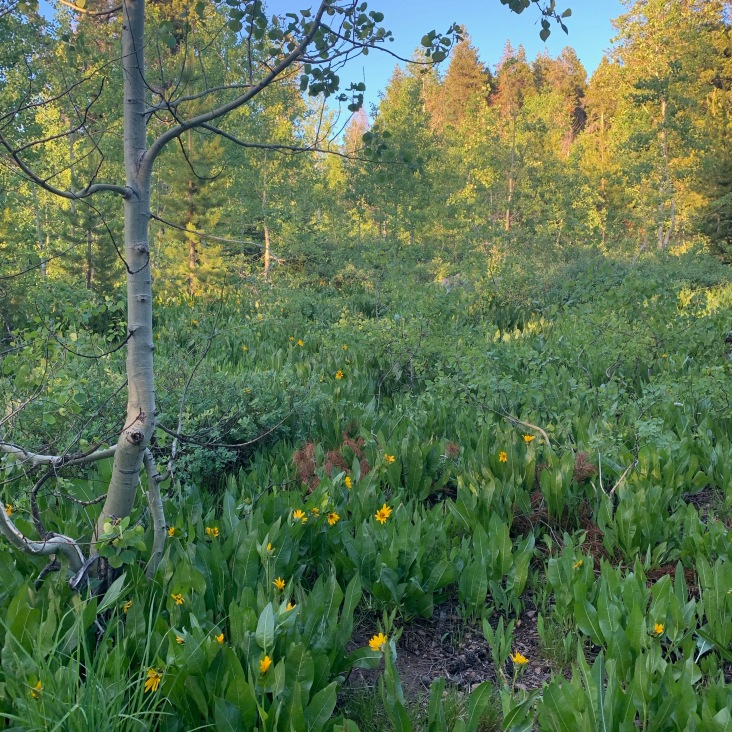 His advice proved to be very valuable! Within thirty minutes of wandering around the edge of the lodgepole pines, a small flock of Cassia Crossbills flew in, calling along the way, and started working on the pine cones toward the top of the trees. The females and juveniles appeared more abundant than males, but I did manage to snap a shot of what I suspect is a first year male. They flew out as quickly as they flew in, as crossbills tend to do, but I was ecstatic to have the opportunity to watch the antics of this gorgeous bird which a fascinating ecological story. Oh, and I forgot to mention, this was a significant bird on my life list….my 1000th life bird! I cannot think of a better candidate (and must admit that as I made my way to Idaho, I was secretly hoping that all other potential lifers would hold off until after I find the Cassia Crossbill!).

The unfortunate reality is that specialist species, such as the Cassia Crossbills, are not faring well in response to the multiple threats of climate change, habitat destruction, and invasive species. In the case of Cassia Crossbills, an increase in the number of hot days leads to the untimely release of seeds from the lodgepole cones. These events have resulted in an 80% decline in the population between 2003 and 2011. This shift in phenology, in combination with the damage from mountain pine beetles, will likely result in the extirpation of Rocky Mountain lodgepole pine from this region. Craig Benkman, who studies the natural history of Cassia Crosbills and lodgepole pines, predicts that this extirpation could happen by the end of the century. Inevitably, the extinction of Cassia Crossbills would follow.

Learning this natural history of the Cassia Crossbill and its potential impending extinction made my experience with these birds bittersweet. I ended the morning with a drive up Pike Mountain to revel in the views of the beautiful South Hills, the Albion Mountains to the east, and the foothills of the Rocky Mountains to the west. As I reflected on this beautiful landscape, and the unique species and ecological intricacies that it encompasses, I reflected on the following sentiment:

“One of the penalties of an ecological education is that one lives alone in a world of wounds. Much of the damage inflicted on land is quite invisible to laymen. An ecologist must either harden his shell and make believe that the consequences of science are none of his business, or he must be the doctor who sees the marks of death in a community that believes itself well and does not want to be told otherwise.” – Aldo Leopold, A Sand County Almanac

5 thoughts on “In Consideration of Cassia Crossbills”