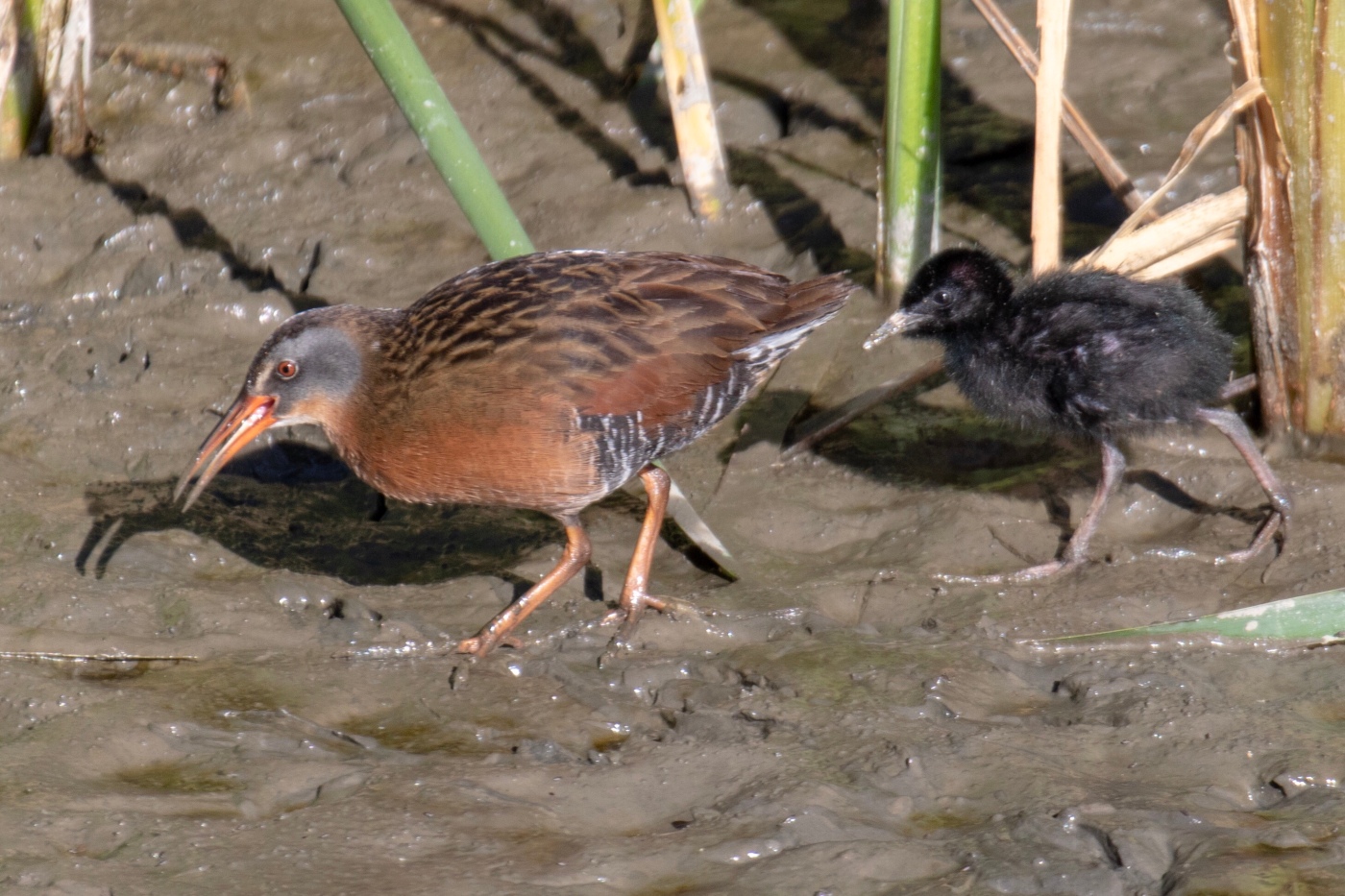 Once again, I’ve fallen a bit behind in my blogging efforts. I am currently writing this from Mammoth Lakes, and have had some fun California adventures in the past couple of weeks. After returning home from my road trip, I was fortunate to spend some time at the Sedgwick Reserve in Santa Ynez, CA. I have quite a bit to share about that experience…but, first, I’d like to highlight one particular encounter with a Virginia Rail and its three chicks!

While at Sedgwick, I spent a considerable amount of time at the pond, which is currently supporting a breeding population of Tricolored Blackbirds. While listening to the squeals of Tricolored nestlings and watching the antics of their busy parents, I heard the characteristic “oinks” and “kiddick, kiddick” notes of a Virginia Rail. Virginia Rails are elusive birds, so it is quite common to hear, but not see, them. They occupy wetlands with tall stands of cattails and rushes, sneaking through dense stands of vegetation, probing mud for small invertebrates, and sometimes plant material and seeds. If you are lucky, one might briefly pop out from the edge of a cattail thicket, but don’t get your hopes up!

So, on my last morning at Sedgwick, I soaked up my final moments at the pond, and strolled by the area where I heard the Virginia Rail earlier in the week. I noticed the slightest bit of movement within the cattails, and waited. With excitement brewing, I noticed the gray cheeks and long reddish bill of a Virginia Rail heading in my direction. I froze in place, ready to enjoy a glance of this secretive bird. Then, this happened: 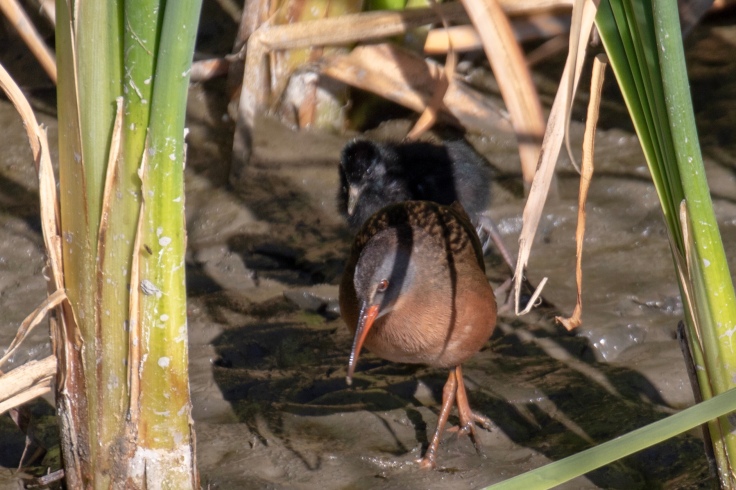 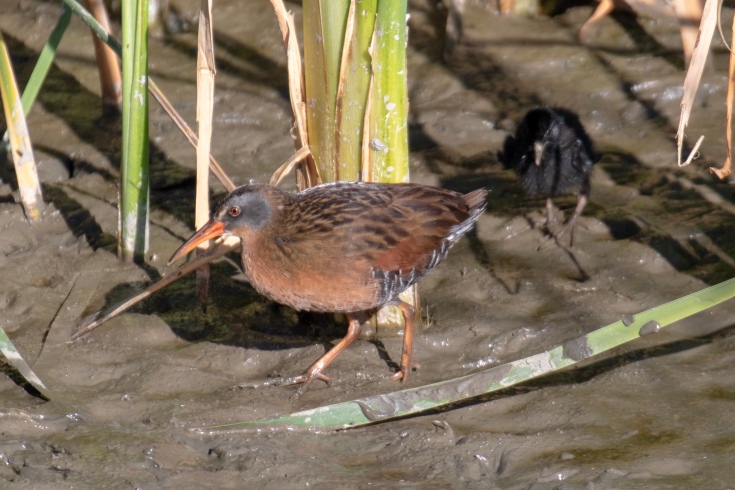 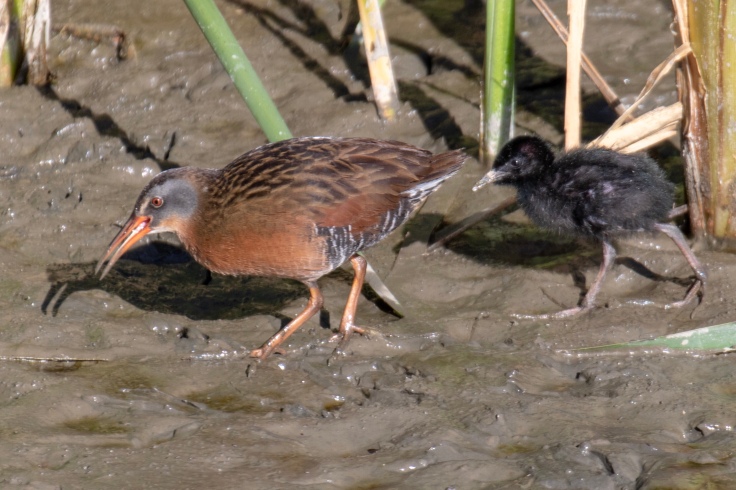 Ahhhhhhhh!!!! As you can imagine, I was barely containing myself at this point. Not only was I getting a beautiful view of a Virginia Rail, but its movements were being mimicked by a chick following closely in tow! I stood on the path that circles the pond, and these birds were maybe 10′ in front of me!

These chicken-like birds are smaller than they seem. At 9.5″ in length, they are slightly smaller than an American Robin, but look more like a shrunken heron. They possess a long, heavy, reddish bill and a very short, upturned tail. Their body is laterally compressed – they appear thin when looking head on, but are rather plump from the side. Being “skinny as a rail” helps these birds move through dense reeds and grasses undetected. Their plumage pattern is quite lovely, with a cinnamon neck and breast, black-and-white barring on the flanks, and white undertail coverts.

Virginia Rail chicks are ridiculously adorable. These tiny balls of black fluff are accompanied by their parents until they are 7 days old, when they will begin foraging independently. Virginia Rails have strong legs and long toes, and this chick will eventually grow into those giant feet!

This pair disappeared back into the cattails. I waited on the off-chance they might emerge again. That they did, this time with 2 additional chicks following behind!! It was tough to catch all three chicks in one photo, but these two chicks stuck pretty close to their parent as the third chick foraged just out of frame. 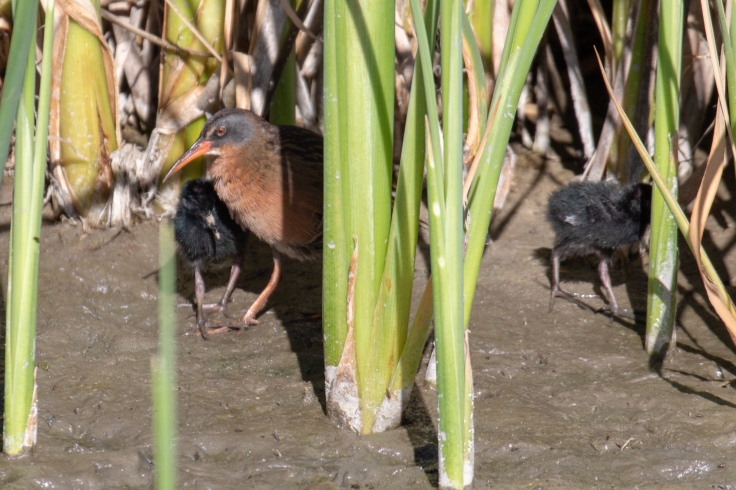 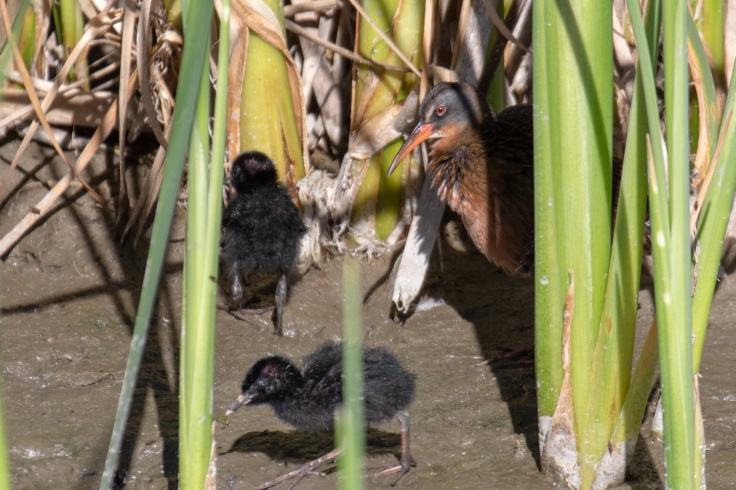 Virginia Rails are short-distance migrants in some parts of their range, moving from Mexico to the southern U.S. in spring. In California, and in other populations in the west, Virginia Rails are permanent residents. With that said, breeding records of this species in Santa Barbara County are scarce, so this observation meant more than just my moments of excitement and glee. I am so pleased to document this record in SB County and at the Sedgwick Reserve.

A few more pictures of the downy chicks, because I think we can all use all of the cuteness we can get nowadays. 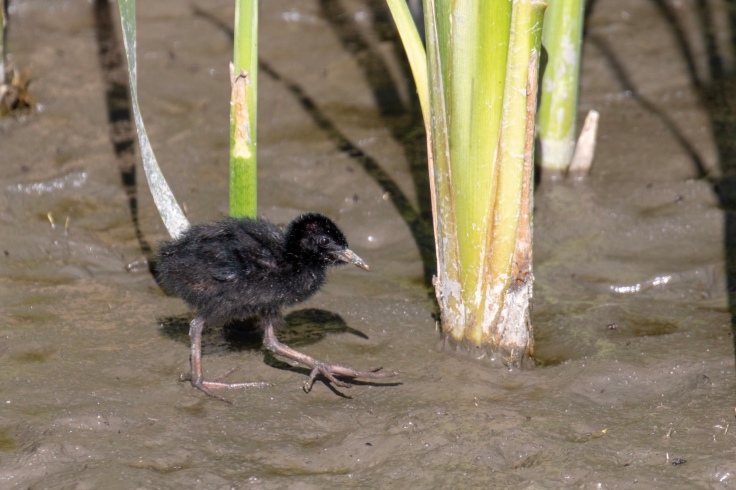 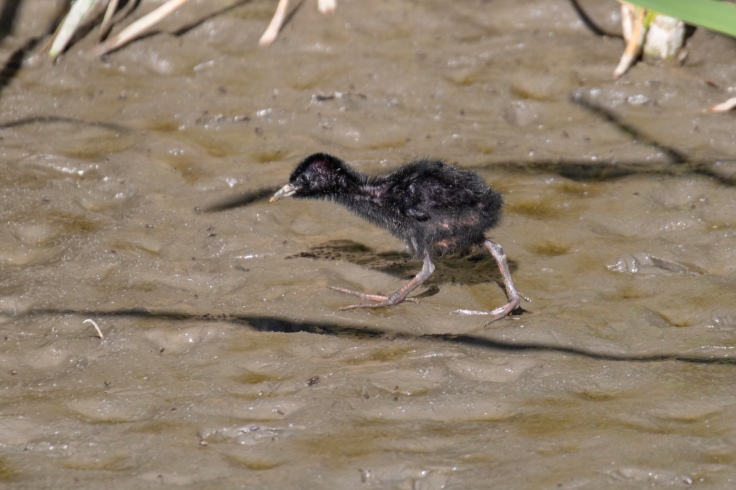 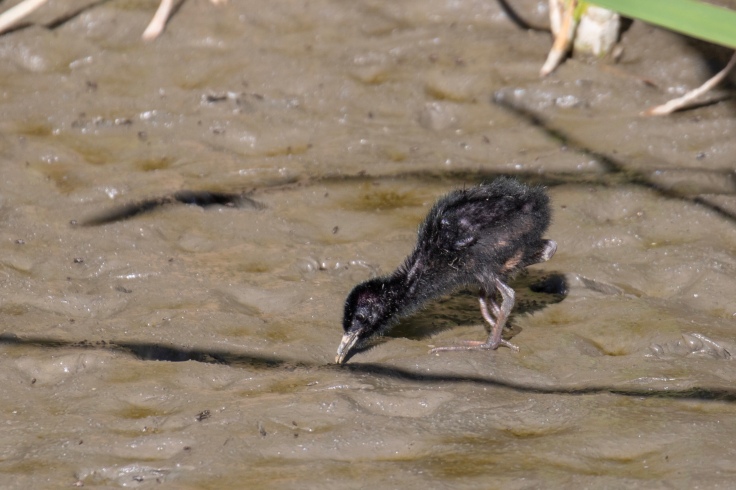 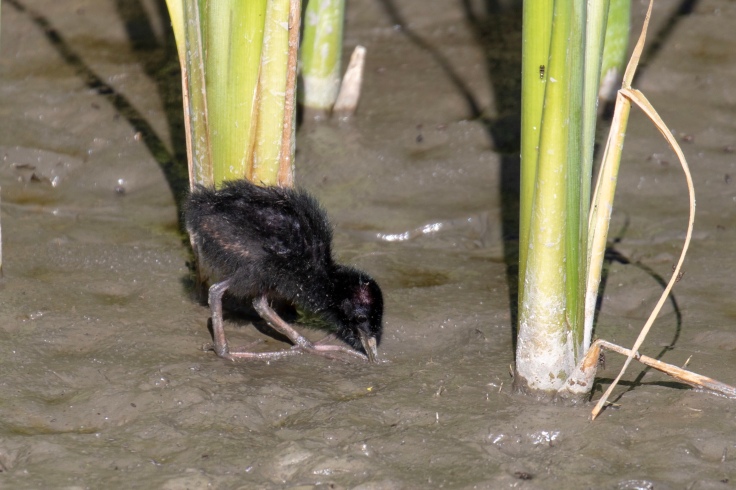 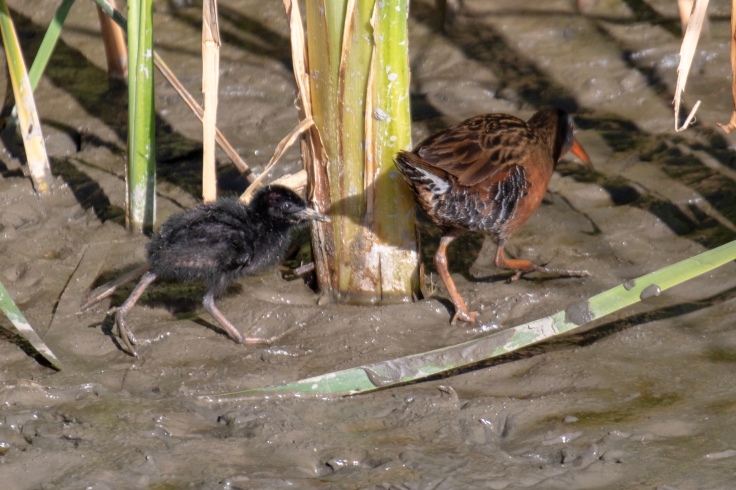 One thought on “Beak of the Week: Virginia Rail”